As part of my desire to discuss the intersection of faith and culture, I want to include book reviews. In the mid-1990s I wrote short reviews for the Christian Library Journal, in addition to my children’s author profile column I wrote for them. I mostly reviewed those authors’ works but also some adult books as well.

I’ve been slow at getting this and other reviews finished as I tend to be a perfectionist, I’m out of practice, and my summer lacks the schedule that keeps me disciplined. But below is a link to my review of The Thing about Jellyfish by Ali Benjamin. 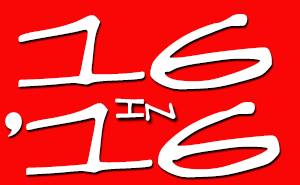 I chose to read this YA book because it was suggested by the Sno-Isle (Snohomish and Island Counties of Washington state) library system’s 2016 reading challenge: “16 in ’16.” I only discovered this reading challenge in June, so I’m a half year behind. I’m not participating to collect points but to broaden my reading genres. Every three weeks, the reading challenge lists a different genre. For June 20 – July 9, the genre was a YA book. (This book also represents the first e-book I’ve borrowed.)

The Thing About Jellyfish

Suzanne Swanson has started middle school, her parents are getting divorced, and her adult brother has moved into an apartment and his roommate seems extra special some how. She could use a best friend right now. But her best friend since age five, Franny, has changed at the start of sixth grade. No longer is she interested in playing childhood games or Suzy’s chattering about science. Boys, make-up, and fashion, things Suzy doesn’t have a clue or care about, now dominate Franny’s thoughts.

By second semester, Franny wants to eat lunch with the pretty girls. She invites Suzy to come along. However, when Suzy rambles about pee being sterile, Franny asks her why she is so weird and why she doesn’t grow up, and leads away the group of girls. Thus ends their friendship. Suzy struggles with this loss, which is then amplified when Franny drowns during summer vacation shortly before their seventh-grade year begins.

In this young adult novel, author Ali Benjamin, develops the main character, Suzanne Swanson, as she explores the themes of relational insecurities, grief, and wanting things to matter. The story is narrated in Suzy’s mind during her seventh-grade year. This technique reveals Suzy’s chattering, science-enthralled personality.

As she thinks, Suzy rattles off numbers, like how many days or hours or minutes it had been since an event. Often, she includes various extraneous sights and sounds around her, almost as if she had ADD or Aspergers. She is stubbornly convinced that Franny didn’t just drown but that she was stung by a jellyfish. At Franny’s funeral, she thinks, “But I was sure: I wasn’t going to accept this thing that had happened, the way all those others were doing” She likes to solve problems, and the one before her is discovering what really happened to Franny. Thus the novel is peppered with facts about various jellyfish, while Suzy pursues her theory and writes a report about jellyfish for seventh-grade science.

Much of the book contains Suzy’s retrospection of her six-year friendship with Franny with a focus on events during sixth grade. Suzy wants Franny back as a friend but struggles with how to communicate this. Often, she thinks of things she’d like to say to Franny. She also contemplates about how no one, peers or family, seems to understand her.

Suzy has many things to grieve at this stage of her life: loss of childhood as she moves into adolescence, her family as her parents’ divorce and her brother moves out, and her loss of Franny’s friendship and then the loss of Franny herself. First, Suzy stops speaking after Franny’s death. Next, she rejects that Franny’s death “just happened” and decides to travel to Australia to speak with a jellyfish scientist, thinking, “I want him [the scientist] to help me make sense of that, to explain it, to help me prove that when things like this happen, they happen for a reason. I want him to restore some order to this world.” When Suzy’s family comes to get her at the airport, the author brings Suzy to a stage of acceptance in her grief over Franny. “That was the thing. Even if I could get Jamie [the Australian scientist] to tell me that the problem had been a jellyfish, that I’d been right all along, it wouldn’t change anything. Franny would still be gone, and our friendship would still have ended how it ended.”

Wanting life events to have significance is another theme that the author explores with Suzanne. Here Benjamin inserts her worldview, based on evolution, that we don’t matter and things just happen for no reason, and we need to accept that. For instance, the science teacher shows the students the first picture of earth from deep space, and Suzy reacts by thinking,

“And we were surrounded by nothingness. Just a whole lot of lifeless, lonely nothing in every direction. And that’s when I got a little panicky, a little sick to my stomach. I liked the view from 1968 so much better [a close up of earth from orbit]. In the 1968 view, we mattered. I wished we hadn’t gone any farther out, that we hadn’t tried to see ourselves from the outer edge of the solar system. I wished we hadn’t seen ourselves as a speck of dust, surrounded by so much nothing we were barely even visible.”

Suzy yearns for meaning, a yearning that God has placed in us, but the worldview of evolution denies us. This novel states that things just happen. as some jellyfish can become young again and anchor in the sea bottom, we can start over by accepting this. Or as Suzy thinks at one point, “THE TRICK TO ANYTHING IS JUST BELIEVING you can do it. When you believe in your own ability to do something, even something scary, it gives you an almost magic power. Confidence is magic. It can carry you through everything.” This idea is the bill of goods our culture sells us. We are only a speck of dust floating in the universe, having no purpose. Events in life just happen, to no purpose. But if we believe in ourselves, we can do something purposeful.

This novel offers a believable character in Suzanne Swanson with her middle school struggles and dealing with the mental anguish of losing a friend. But without God, as with all the world offers, it falls short in helping young readers to find what they, and the protagonist, seek—the knowledge that things in life matter and have a purpose.

This site uses Akismet to reduce spam. Learn how your comment data is processed.